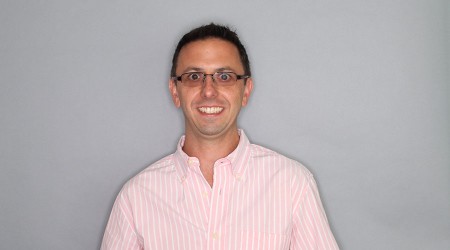 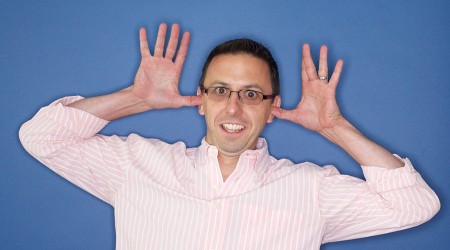 As Production Manager, David is the unifying force between our account management and creative teams and is our in-house Workamajig wizard who can do just about anything on the project management system. But David’s clean cut exterior and office acumen belie a rugged world traveler who has visited more than 25 countries across the globe, so his repertoire of notable skills also includes scuba diving, traveling by camel, and the ability to sleep in a mud hut for nights on end.

David eventually applied this wanderlust stateside with a production gig at Rosetta Stone — the perfect place to employ his worldly wisdom and task-trafficking savvy. At Delucchi, we count on David to keep the work flowing smoothly and to provide occasional comic relief (it’s not unusual to hear a chicken squawk emanate from his area now and again). But David owes more than his passport for his ability to manage chaos with care and humor; after hours he’s also responsible for his small son Eli. Somebody get this man a beer  — and make it a Hefeweizen!