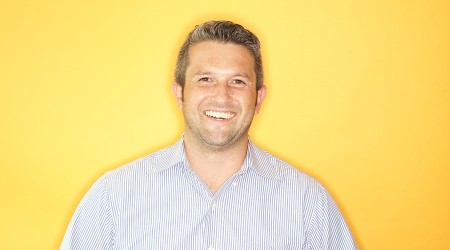 Neville (or Nev, as most of us call him) is in the business of balancing variables such as direction, invoicing, height, payments, tilt, and wind speed, for starters. See, Nev’s obsessed with helicopters and he’s also our Assistant Financial Controller. He handles the billing and operations for the agency and admits he’s better at keeping the books than he is with his RC heli fleet, which he loves to  “build, fly, crash and fix” (in that order) outside of work.

“The greatest glory in living lies not in never falling, but in rising every time we fall”

A native of Johannesburg, South Africa, Nev brings years of experience from the UK offices of Jones Lang LaSalle, T-Mobile and Genesis Housing Group in London, where he met his wife, an American, and settled in Falls Church, VA. Though Nev loves how his responsibilities have evolved since he started as Billing Manager at Delucchi Plus, if he could talk to his younger self now he’d say “Join the Air Force, get your pilot’s license and then find a career that can help fund your flying hobby!”